Have you ever though what happens after you die?

You know you´re an amazing human being, so surely you might be thinking a direct pass to Heaven, Nirvana, Paradise, Moksha … or maybe you´re an atheist that believes this is all there is of life.

Im not here to judge either bow for any kind of beliefs; I respect and appreciate learning from all of them. I am here to expose this “techy situation” that may move a bit your strong feelings about the after death.

I´m a true believer (like Justin), that it´s better to be informed than “oppinionated”.

Let´s start by setting some facts; apparently, brain activity may continue functioning for more than 10 minutes after the body is declared as “clinical death”. NCBI

Well, scientists detected that “wow moment” some years before we did and decided they could use those “10 holy minutes” to do something that would stop the actual death of the brain.

The human brain is certainly a fascinating machine that is capable of controlling your ability to think, talk, feel, see, hear, remember things, walk and much more. Basically, your brain is the captain of your boat.  Hopkins

They called this movement  “Cryonics”.

“Cryonics is the process of pausing people in critical condition who can’t accept the concept of death, in the hopes that people from the future will be able to save them.” Tim Urban

In other words, scientists take advantage of all the medical advances that we have right now and set them in action, by using the technology to vitrify bodies, especially brains after death. With the final objective of returning lives or reactivating lives years later.

Vitrification its not the same as freezing, it does not cause damage due to ice crystal formation. This technique is already used by different experts, such as,

They use this method on rabbits, vitrifying their kidneys and then putting them back to their original donors. One of two survived, proving that organ cryopreservation by vitrification can result in life-supporting function after transplantation. NCBI

Imagine that two days from now, you get terrible news and get diagnosed with an incurable disease. There´s no hope for you… and suddenly you find this magazine (a credible and reliable source) that talks about how “cryonics” is an extension of critical medicine.

You start investigating and find out there are are four major companies that provide this services, Alcor in Arizona, Cryonics Institute (CI) in Michigan, American Cryonics Society (ACS) in California, and KrioRus in Russia.

It´s like pressing the pause bottom until new technology arrives that can cure your disease and let you live your life with health.

You should be aware of all the options, maybe in your world you would be cremated or buried…but now you can´t just unknow what you just learned.

Would you give yourself a second chance… would you take it?

If you do decide on this option, the process of joining is quite simple, it works as a membership and if you are young, the monthly fees are very accesible. It´s important to sign out, that all the companies are operating as non lucrative; meaning that non of them are trying to get rich by doing this; they are just scientist that really believe they can change things.

Bellow you´ll find a a video that explains the actual process of vitrifing a body, its presented by “Alcor´s President “Max More”:

Do you think this is crazy?

Throughout the years, we´ve been proving ourselves that there are “no impossibles” … here´s a list of 3 things that years ago APPEARED  “impossible” for the human race:

And yes… we are are big losers, we tend to minimize the potential of what technology and “daring people” could do.

Personally, I respect the daring, the ones that are trying to change the world. I´m not saying I´ll start paying my membership for “cryonics”  tomorrow; but, I will definitely consider this as an option.

My main reason would be my “curiousness”, I will forever be interested in interesting and I enjoy subjects that act as catalysts for great conversations. I would love to wake up in the future and have the opportunity of seeing the world as it is … a hundred or thousand years from now.

Now that you read this article and went through the video, would you be daring enough to the possibility of dying and waking up again, in a new world …

the odds may be in your favor (or not)!

Hope you enjoyed the reading.

“There is a comfort in conformity, a security in control, that is appealing. There is a thrill in…
– Imagina que vas viajando en un avión, en este avión va a un lado de ti la…
The study of the growth mindset opens new territories on how our belief systems mold our abilities and…
I recently had an epiphany (and kind of an obligation on my masters on writing about this) of… 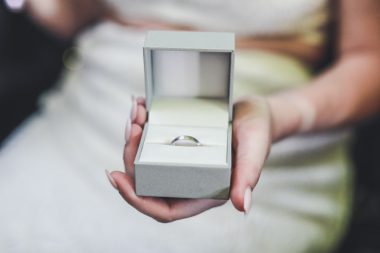 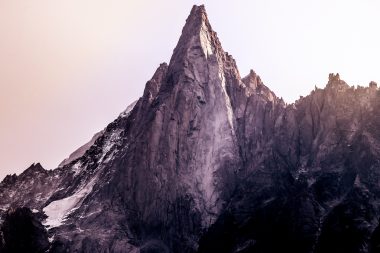